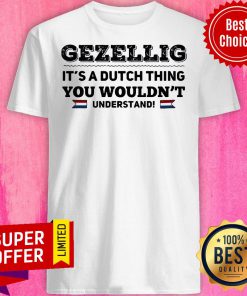 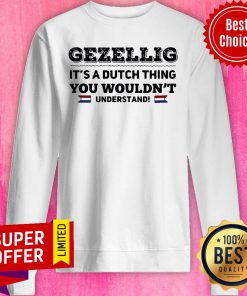 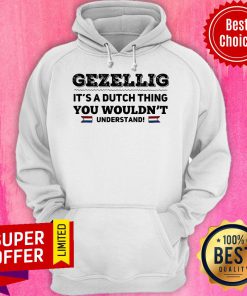 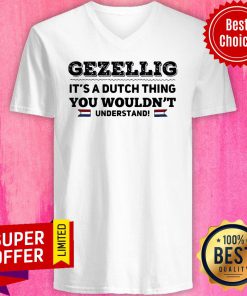 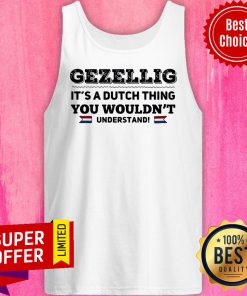 I’m a Spanish speaker dating someone who is Dutch. I think is my favorite word because the song “let’s get Spanish” says which to me is super cute. Nope has its own an Official Gezellig It’s Dutch Thing You Wouldn’t Understand Shirt. While usually, we use it to describe certain actions say you went to a birthday party you talked to people, had a drink and there was a nice mood. We call that. Gezellig is one of those words that just doesn’t translate. It’s more than cozy…it’s more like fun, welcoming, familial, togetherness, enjoyable, and cozy all rolled together. It’s pretty much the Dutchiest word there is. No, it’s used much more broadly. One never hears the weather or a nice place in the sun described as delicious/tasty in English.

I‘m not sure… it’s supposed to mean that someone is inadequate! So maybe to say someone is good for nothing but baking cookies? It might have to do with the Official Gezellig It’s Dutch Thing You Wouldn’t Understand Shirt. The insult refers to a person making mistakes frequently and baking stuff is high risk! Another insult I love in the ‘profession’ category: Luldebehanger! (dick wall-paperer) I mean, can you imagine? Even if foreigners think they’re saying it the same, they don’t, because they’re listening to different aspects of the sound. It’s like how Spanish people can’t clearly hear the difference between a B and a V. Only the Dutch pick up on the continuous rate of change in pitch, which to the Dutch makes it sound completely different somehow.

Those swear word are very creative, thanks for sharing! After giving it some more thought. Something not necessarily limited to just Dutch (German also has a lot of these), but quite uncommon to English for the Official Gezellig It’s Dutch Thing You Wouldn’t Understand Shirt. And quite “interesting” for native English speakers. Dutch as a lot of literal names for things! I have a friend who speaks German fluently and she complains about the weird “mashing together” of words. Thanks so much for this! A friend of mine forgot he was in Germany and spoke Dutch to the German staff of the bakery, and they laughed and said it sounded cute. That’s just amazing! Such a fun word to say, but a bit of a tongue twister! Thanks for your contribution!