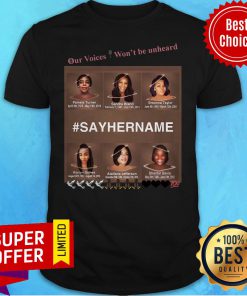 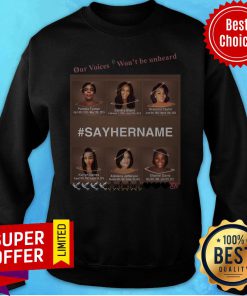 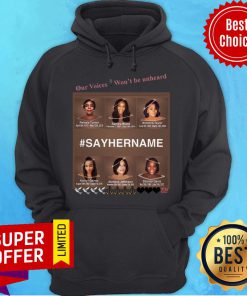 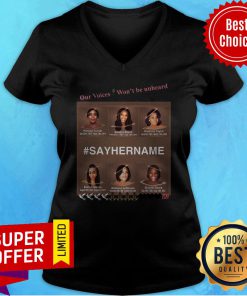 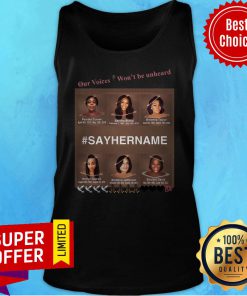 Same. The shitty skins of the allegiance are what detests me from playing as them. It’s even worse that I play them the most even though I like the Coalition more and have them as the default. Some mil-sim skins would really make me like playing as them. I think it’d Official Our Voices Won’t Be Unheard #SayHerName Shirt. Joe mentioned that they were working on Allegiance mil-sims early this season. They have the ugliest operators… I only like Rodion’s rare skins, but I always just stick to the default one because it looks the best. I really hope Oil Rig is that unreleased MW2 map. For those that don’t know this was a small map maybe the size of Rust but was cut out of the game right before launch despite being finished.

Yeah, it looks like it would have been interesting. It was part of the planned 3rd map pack but. When the majority of the IW team left after Activision fired two of the IW founders. And the numerous lawsuits with regards to royalties and unfair dismissal. So they were struggling to support the game which is an Official Our Voices Won’t Be Unheard #SayHerName Shirt, gulag and vertigo. It’s also why the glitches lasted so long because they didn’t have the resource to support the game. I can’t remember which studio they brought in to prop IW up. I know Sledgehammer had to postpone their game to support IW with MW3 so may have been them.

There were two “fuel” maps the one that was actually released had the file name mp_fuel2 but named Fuel user side. mp_fuel was another map similar setting but a different map that they were likely to rename to something else. I know they were privately testing an Official Our Voices Won’t Be Unheard #SayHerName Shirt. They were to be the 3rd map pack. God, I can only imagine how many fire extinguishers and whatever little turds that explode and kill you, how many they’d put in that map. If the AN94 is going to be a fully automatic weapon, I’m gonna riot and slap IW around. Then it’s really a nice shirt for all men and women. So you should buy this shirt.